It’s true that most events take place in the summer because of better weather conditions, but it seems that the people of Worcestershire don’t care too much about that. They participated to several events since autumn started. Let’s see what these athletes have been up to for the last couple of months! 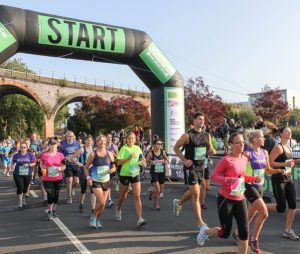 This event took place on September 17th, being at its 4th edition. Each competitor received an event medal, a t-shirt and a goody bag. Participants enjoyed a traffic free picturesque course through the heart of Worcester. There were several different prizes based on gender. The winners (men and women) receive £300 each, while the 2nd place gets £200 and the 3rd place £100 per winner.

Ten days earlier, there was another event meant for track and field runner: the Midland Vets Cup Final, where the Worcester Athletic Club proudly participated. The event took place at Tamworth on September 10th. Based on the team score, Worcester came in 4th in men and 2nd in women, but overall, they were on the 2nd position because of their combined score of 367. The winners were R&N Lions with 388 points combined. They came first in the women’s race and 2nd in the men’s race. 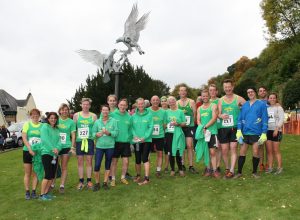 This race took place on October 14th at Malvern Hills. Participants ran on tarmac road, exposed tracks but also woodlands, grass and even rocks. The entry fee was only £10 and you had to be at least 16 years old to participate. The winner finished the race in 46 minutes and 40 seconds.

What’s been going on in November?

Throughout November, Worcester Athletic Club participated to a few events, even though they were not held in Worcestershire. On November 4th, the club went to the 2nd Gloucester Cross Country League.

One week later, on November 11th, there were 2 events that caught the attention of these athletes: the 1st Birmingham Cross Country League in Telford and the 1st Midland Women’s Cross Country League at Coundon Park Coventry. As for track and field races, there weren’t any in Worcester, but there was a meeting at the St. John’s Sports Centre.

While this is not a sport event per se, it does honour those who get involved in making it all happen. Quentin Elmhirst won the Coach of the Year award. He’s been with the Worcester Athletic Club for 17 years and this year, he has 5 county champions at the Worcestershire County Championships that took place in May, as well as 2 medallists at the Hereford and Worcestershire Schools Championships in June.